We come in peace

“Let those who wish have their respectability- I wanted freedom, freedom to indulge in whatever caprice struck my fancy, freedom to search in the farthermost corners of the earth for the beautiful, the joyous, and the romantic.”  –  Richard Halliburton

We spent a few relaxing weeks in Cabo Verde licking our wounds and enjoying the exotic weirdness of what was once essentially a slave-trading post, and eventually our one month head start on the Brazilian Carneval had melted down to a mere 16 days. I picked up two German cyclists, Arne and Jo [their blog, German], mainly to make our watches more comfortable, since the charming Cecilie had decided to take the sensible route to Brazil (by airplane). 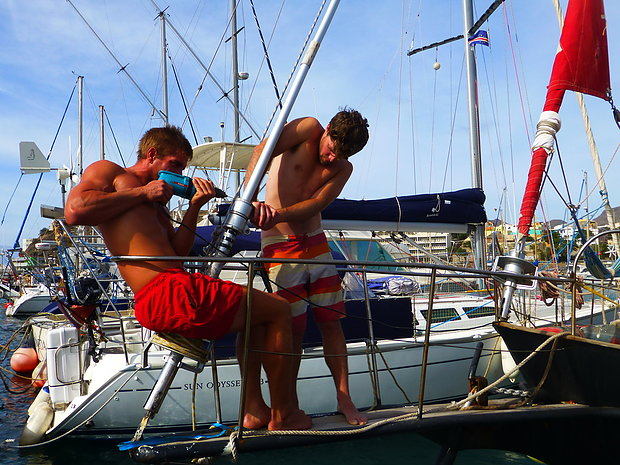 We tried to hoist the troubled Genoa in Mindelo, but had to abandon our attempt due to the vicious katabatic winds in the harbour. I decided to set off without the Genoa with the intention of […]