Home/Uncategorized/Tired of waiting
Previous Next 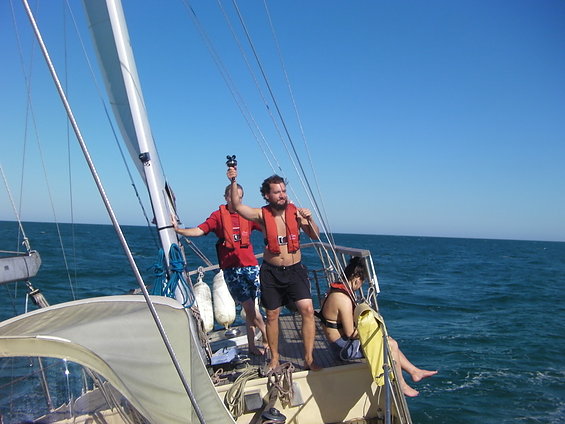 The journey towards Gibraltar a few days later turned out to be more of a challenge, which was due to the strong Levanter and my ignorance of the strong currents. We attempted to tack into the 6-7 bf and currents all day long, which was fun – but ultimately proved impossible. 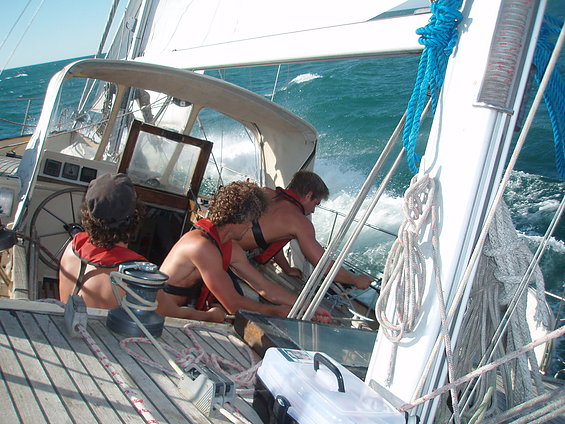 Eventually, I decided to turn back towards Cadiz; we entered a small river a few miles south of the city by way of compromise with Neptune. Maria dressed up Ursula in one of her dresses and my pirate hat. She was looking so tasty a couple of tourists even took photos of her (Ursula, that is). 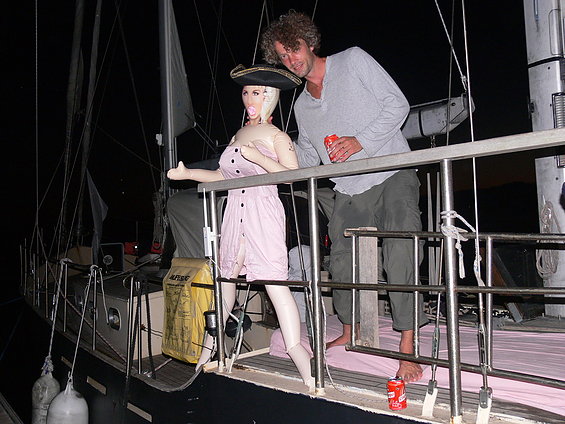 The following day we moved further up the river and anchored off a little yacht club just off the suburb of San Fernando. The locals were extremely welcoming and curious about us. I found this place to be much more enjoyable than touristy ground zero Cadiz just next door. 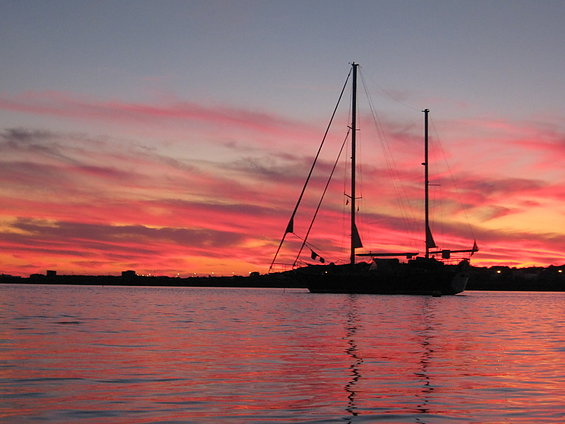 I do love the peacefulness and closeness to the landscape when cruising rivers, and, if I happen to survive, I’m sure I’ll retire to be the captain of a river barge (as Captain Bligh insultingly calls his first officer upon demotion). Incidentally, this was also Mark Twain’s profession for much of his life, and most likely the inspiration for Huckleberry Finn‘s Mississippi cruising adventures. 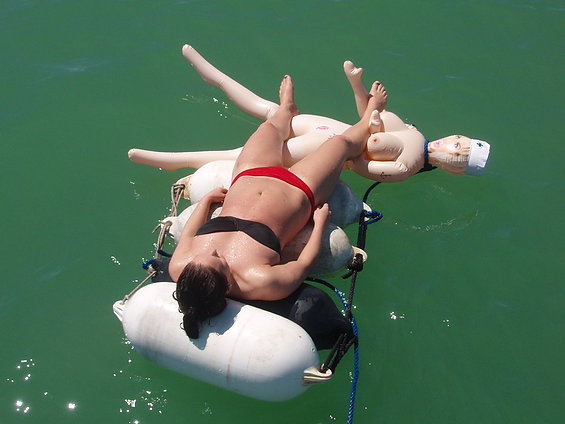 We docked at the yacht club for a night to get some water and charge the batteries. Monster’s size was beyond their price/size list, so the club’s president made up a (very reasonable!) price. Eventually, the Poniente showed, and we set off towards the Strait of Gibraltar with a stopover in Barbate. 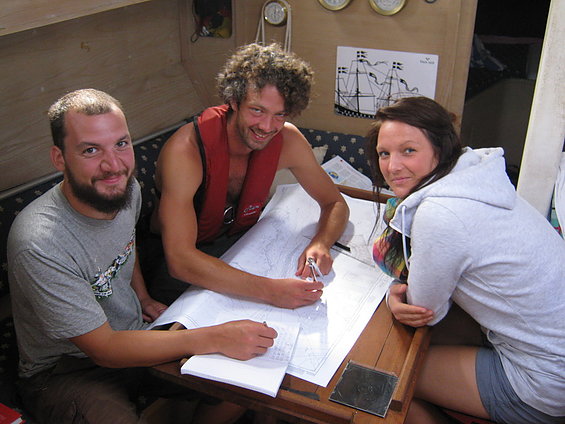 We spent our journey down to the Strait doing some classic sailing school chartwork. I had to abort my lecture, since I realised I had forgotten everything – classic over-reliance on point and click navigation – and referred them to the excellent yachtmaster book I bought just for this very occasion. 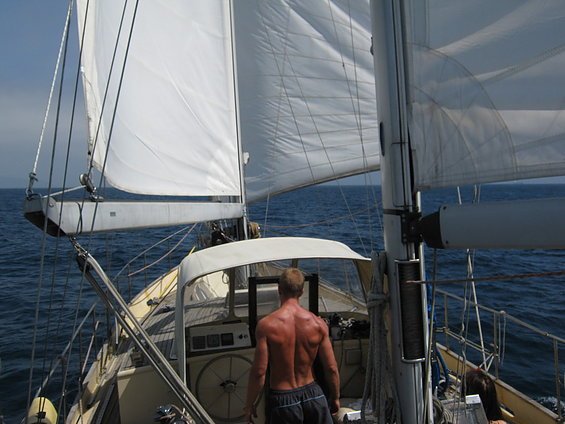 On our second go at the strait in the correct conditions, we did seven knots with a bit of current and 5-6 bf from behind. I managed to set up a triple goose-wing with the mizzen, main and genoa, which held up for most of the voyage. Pleased! I was impressed by the proximity of Africa and Europe, something I had failed to notice as a passenger on the Algeciras – Tangiers ferry many moons ago.

I hugely enjoyed approaching Gibraltar on my own keel; its just a bit of a classic port of call on the way south (or east into the med). The Rock is also a major landmark and rather pretty from a distance. Upon docking, I was shocked to find that even the pubs claiming to be “Real Ale Houses” didn’t have any Ale, real or otherwise, unless you consider filtered and pasteurised Bass Ale. Yuck. 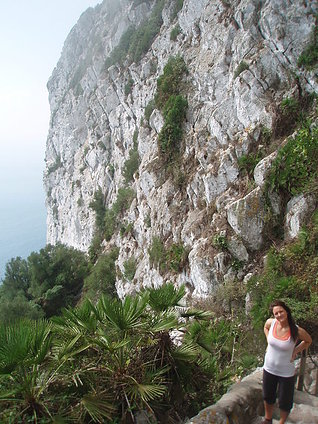 The crew did some serious sight-seeing around the Rock, whilst I went off to find a proper free weights gym with Timo (found – thanks Alan of Alan’s Gym). There was also a classic black water tank evacuation pump (aka shit pump) crisis, which we swiftly resolved by procuring a new impeller. 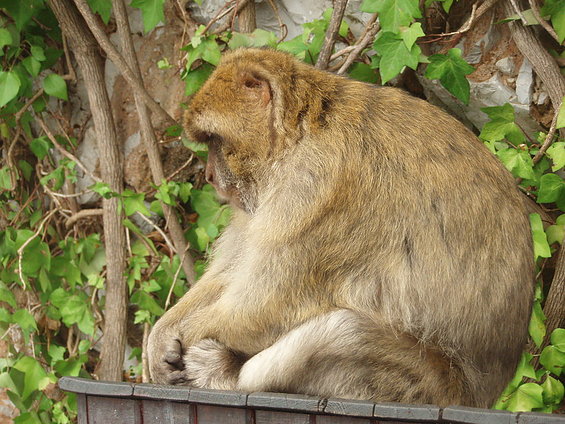 We had a lengthy chat with the dude who looks after the infamous monkeys on top of the rock. He told us that superstitious Churchill replenished the monkey population with fresh DNA from their Moroccan counterpart (based on the other pillar of Hercules just across the strait) due to a myth that the English would leave Gibraltar once the monkeys are gone. 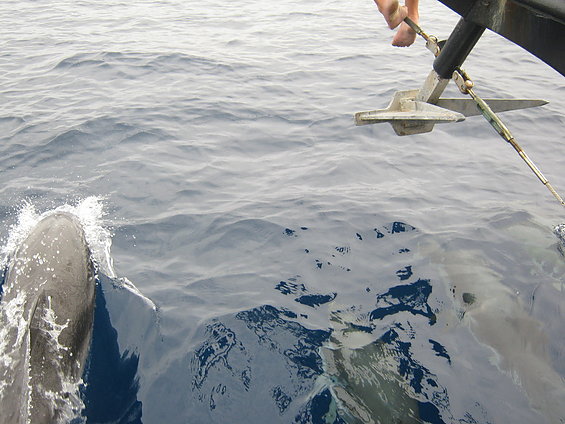 After few days of this, we decided to cross the Strait to Morocco, or rather Ceuta, Spain’s version of Gibraltar. The Spanish love complaining about Gibraltar almost as much as they enjoy their own exclaves on foreign soil. Ceuta turned out to be lovely, zero tourists, quick access to Morocco without eternal paperwork for ourselves and boaty to fill in, and a closer look at the impressive fences and walls keeping out aspiring Europeans from our beloved third mall from the sun. 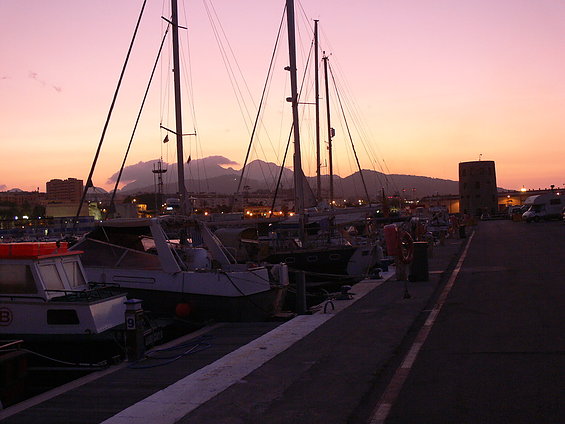 We went back to La Linea on the Spanish side of Gibraltar, which offered a nice view on the Rock – from a safe distance. 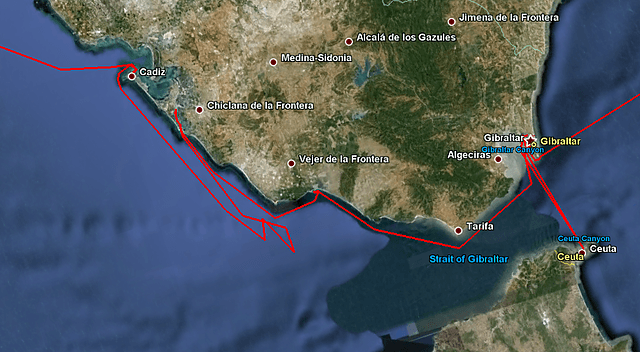 We spent a few days here awaiting the Poniente for our journey East. The Spanish say Gibraltar has an eternal cloud hovering over it due to the English presence there. Whilst the phenomenon is actually due to the unique coastal topography, it is in fact true – the weather is usually sunnier just across the boarder. 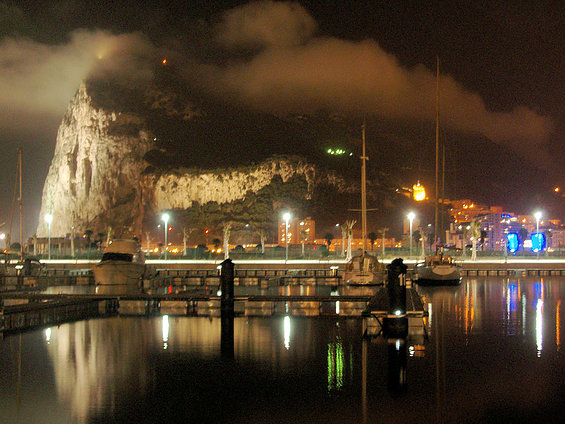 We were soon joined by Clelia, friend of a friend on the Canaries and an experienced diving instructor, who arrived just in time to elucidate us on the various ocean fishies we were to see en route. We bunkered 600 ltrs of tax-free diesel at Gibraltar’s fuel station and set off for the 160 nm voyage in the evening. 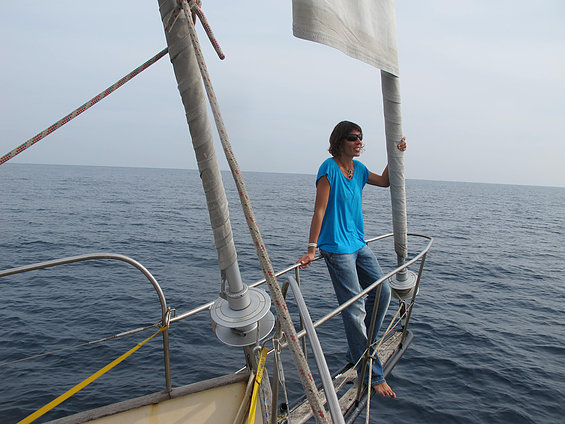 We saw some spinner dolphins spinning away.. 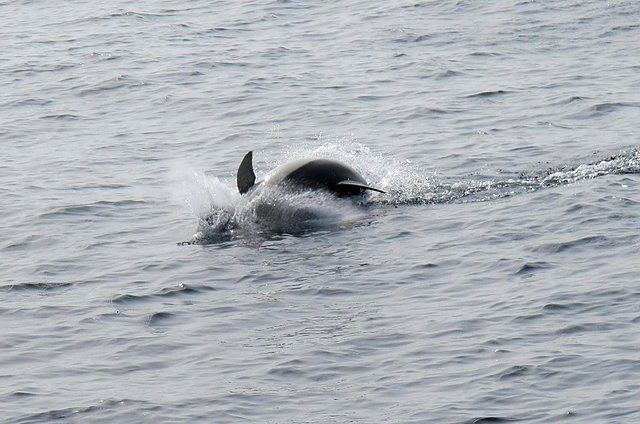 pilot whales, which came up close to the bow.. 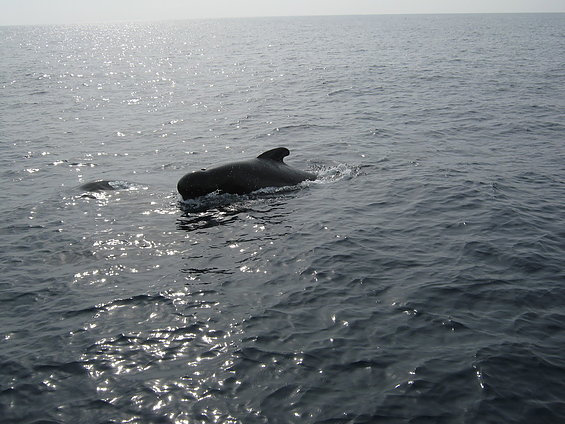 and got together in a bizarre-looking tête-à-tête.. 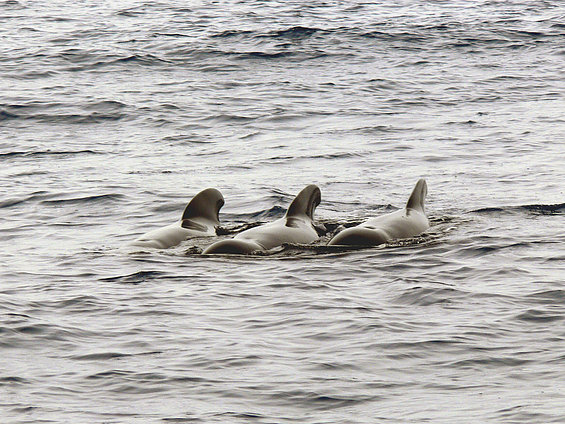 and the pervasive bottlenose dolphins.

It took two days and two nights to make it to Aguadulce next door to Almería, one of the few affordable marinas in the med, and I will be on holiday from my holiday for a few months here polishing up my cruising budget and upgrading the boat. Couchsurfers and potential crew are always welcome 🙂 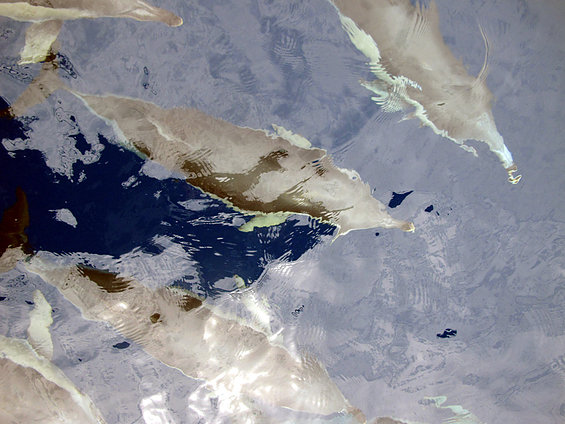 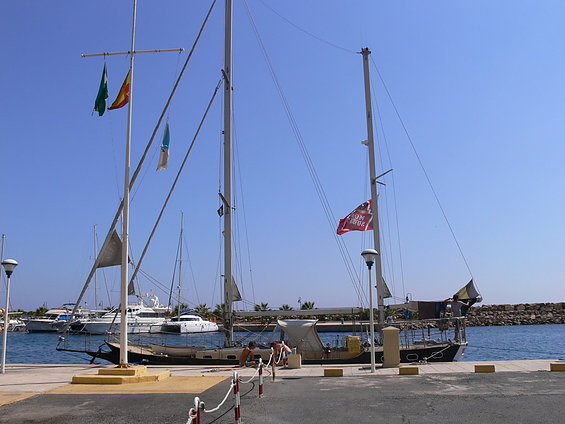